You’re Gonna Get It

Personally, I am far too lazy to work very hard, so I’ve always sought the easiest way to do things. Good training is simply learning from someone who has figured an easier way to do things and taking advantage of it.

When I first started in business, I worked next door to a person who was trying to convert a hobby into a business. He became involved in a certain class of BMWs and had learned how to fix them. It turns out that these all suffered worn out engines at an early age. He was adept at taking the engines apart and putting them together again. He would quote the basic price of putting rings and bearings in the engine, call it an overhaul and take in the job. Every single one of these things ended up needing far more work than that, but he never changed his estimates. The finished price to do it right was roughly 4 times what he was quoting and his customers felt betrayed, since he had the engine in buckets by the time he finally gave them a real total. They were literally over a barrel and couldn’t use their car or cancel the transaction.

He continued to complain about “how unreasonable” all these BMW owners were. He said they should understand that it needs all this and just wasn’t possible to know ahead of time. After having a few very unpleasant confrontations with very unhappy owners, he should have figured out that he wasn’t doing these estimates correctly. He should have foreseen that nearly every one of these would end up about 4 times what he was telling people and advised them ahead of time. That way he could avoid “the big surprise”.

Despite complaining to me constantly and ignoring my suggestions, his approach grew grim and he came to regard his customers as adversaries, who were just out to get him (He actually turned out to be right). He never learned a thing and he was forced out of business. It wasn’t that he couldn’t learn, it was that he wouldn’t learn.

People like this may say that they have 10 years experience, but the reality is, they have one year’s experience 10 times. They never got past the basics.

What on Earth is so difficult to comprehend about evaluating the possible things that might go wrong with a job, totaling up what that might cost and advising the customer ahead of time?
[quote align=”center” color=”#999999″] “Uh, you know, Earl, it seems every one of these we take apart has worn out all the valves and the valve guides, too.  That can add a thousand dollars to the price.  It might be good to figure on that if it comes out that way on yours.  We won’t do it if it doesn’t need it, but I’m going to write that into the possibilities of the estimate.” [/quote]

My shop neighbor seemed to think that this was too difficult to learn and that it was easier to lose his house, his credit rating and develop health problems over it….

Arguing is a lot of work and requires far too much mental effort. In addition, it usually follows you home and keeps creeping into your brain. Arguing with mad customers is something you don’t have to do. You can stop as soon as you decide you want to. In fact, you do it by your own free choice.

If you want to fix a business problem, whether it is arguing with customers or any other thing, you must first decide what it is you wish to fix and then find the training that will solve that problem. There’s a fix for virtually anything, you just need to find it, and good training is reasonably abundant.

You must understand that your brain will naturally be resistant to any new ideas, even if they’re good. You’re generally most receptive when you reach the “threshold of pain” that pushes you over the edge. Once you realize that you will be skeptical and you will resist new thoughts, it will be easier to begin to look for ways the idea will work, rather than ways it won’t. We all know that getting a shot hurts when the doctor gives it to us, but we have to accept that it will make us better.

Often false beliefs are our worst enemy. I once believed that doing major engine work was not profitable, because I couldn’t charge enough. Others in the Industry suggested that I price the work so that it paid the same per hour as replacing brake pads. So, I did that and the estimate for installing a used engine was very high, but it paid the same as doing brake work. I made it higher, by including extras that would come up, like a new water pump, oil seals, thermostat and so on. It was substantially more than I’d ever thought it would be, but the customer said yes.

I was stunned, but I got the job. I learned that sometimes you price a job that you don’t want to do so it will go away and if it doesn’t, it pays enough to make you want to do it. Through the years, I’ve sold a lot of these jobs the same way. The beauty is, if it does go away, it’s no big deal to me.

I tell people who take my classes to look at the material as a buffet line. They will find some things very appealing and some things downright appalling. I ask them to take the things they like and leave the things they don’t. The worst thing you can do is to obsess about things you don’t like. It causes you to lose your focus.

The reality is, your own “threshold of pain” will determine what ideas you are receptive to right now. You’ll like those. Other ideas you will just not be ready for today. At some future point, you may develop and find a need for these. A very successful shop owner will find most good ideas have been implemented and the pickings get slim. If you can take a 2-week vacation and find the place humming right along, with no problems and record sales for the period when you return, you are where you want to be.

Until then, think about where your thresholds of pain might be and seek out some possible solutions to evaluate. Training is available at live conventions or events, live sessions led by an Instructor, DVDs, magazines or online. A good business will constantly be evaluating what goes on and how it can be done easier. No one can afford to exist without change and no one has it all figured out. You are literally gonna get it, training that is. Once you figure that out, you can stop learning about electric fences. 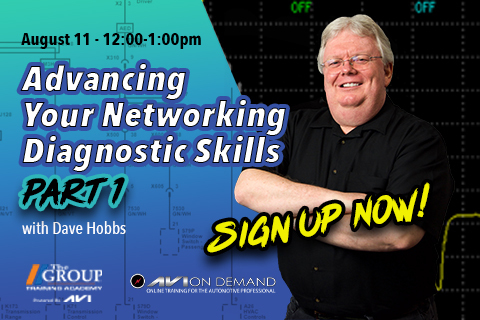