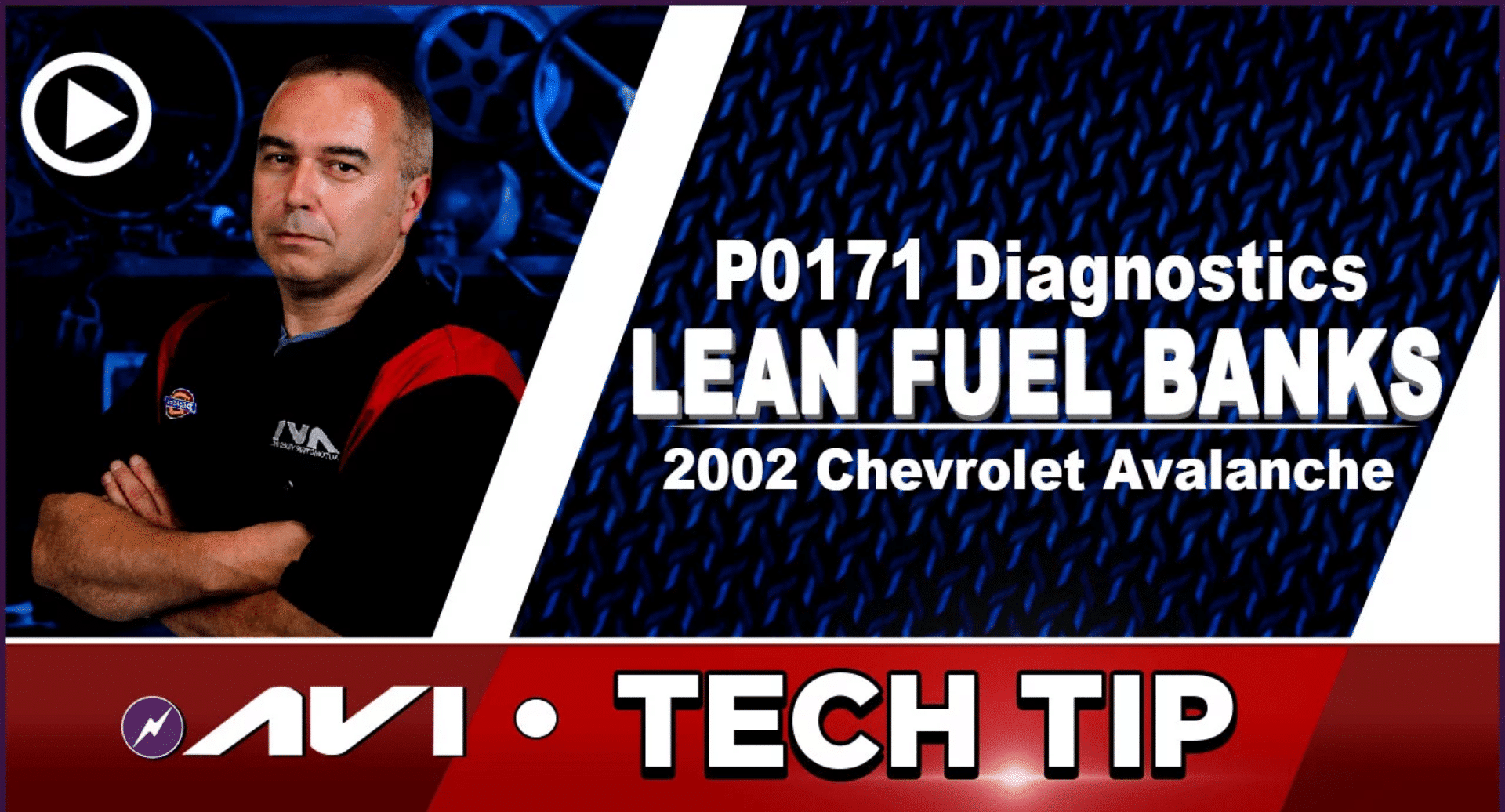 So here’s an excellent case study on bad fuel pumps! A 2002 Chevy Avalanche was towed in for a diagnosis. Using a generic global scan tool, P0codes like P0171 were pulled up. When the P0171 code is pulled from your scan tool it is easy to assume that an oxygen sensor in bank 1 has detected too much oxygen in the exhaust also known as a lean condition. The Fuel Pressure Gauge on Chevy Vortec engine should be bought 60 PSI while it’s idling when compared to a 2002 Chevy Avalanche. This vehicle was still able to start but it runs down to about 10 PSI of fuel pressure. This vehicle needs a fuel pump.

What do we do now with this information? Well, now we need to look at the Fuel Trim Chart. This scan tool has the ability to in different dynamic ranges so whether it be at idle wide open throttle cruising, steady-state, or speed whatever the case happens to be. Each one of those blocks represents a different driving condition. To test the condition the 2002 Chevy Avalanche was accelerated and everything was inspected, normally all of those blocks should be green but since this vehicle has such a weak fuel pump on it you’ll notice that they’re all red. After this test fuel trim chart is no longer needed.

Now the VE (volumetric efficiency chart) is going to go ahead provide two drive traces. You’re going to have a yellow one and a red one. Obviously, both of those Drive Traces will not 100% mirror one another especially at higher RPM’s. So lets a review, it’s confirmed that has breathing condition problem, a fuel trim related problem, and this vehicle is on the verge of death. After installing the fuel pump, the same tests we applied again the same code reared its ugly head. The reason being, the car has been so used to the low fuel pressure due to the stoichiometric fuel economy that it needed time to readjust. Similar to how a human’s immune system slowly readjusts after a cold.

The problem with the 2002 Chevy Avalanche was adding fuel by keeping the injectors on longer.  So it took a little bit of time for it to skew those numbers more and more positive. So after the fuel pump in was installed, the Fuel Trim Chart started reading those red blocks as green, but some of them are still yellow which means are on the borderline. It’s going to take a little bit of time to go ahead with the vehicle immune system which will be on a little bit on the rich side. So go ahead and lean out the fuel condition. Again this is something that’s really quick and easy to do.

Using your scan tool and labscope to accurately decipher engine PIDS, mechanical issues, fuel issues and ignition issues. Instructor John Forro will show the students how to get the most out of your diagnostic process to get to the root of drivability issue without spending needless time performing many diagnostic tests.